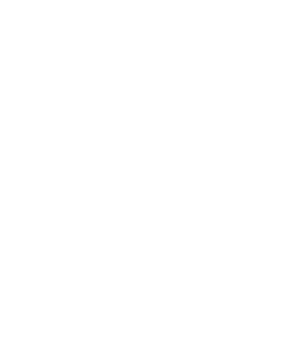 One of the most important cities in the north of Sardinia. Sassari is well represented by its historical center, where you can admire buildings in different artistic styles: neoclassical, baroque, gothic, romantic.

Sassari is a beautiful and regal city. It’s a place you do not expect to find, with a thousand extraordinary surprises. As soon as you begin to walk in the city center you discover one of the most beautiful corners of Sardinia. You will fall in love with its history, monuments, green spaces, culture, tradition and for its cuisine that make it a unique destination to discover.

A controversial history made up of judicatures and maritime republics, realms, pirate invasions, great characters of both ancient and modern history of which the city can be proud.

It all started in 1131, when it appears in the Condaghe (stories) of San Pietro in Silki the name of Jordi de Sassaro.

It became a free city in 1236, promulgating under the domination of Pisans the Statutes of Sassari, a code that regulated the civil, legal and economic life of the citizens . This important document is written in Latin and Logudorese Sardinian.

There are only five copies of this manuscript, two of which date back to the foundation of the city. It was in this period that the city, disputed between the maritime republics, stipulated an act of confederation with the Republic of Genoa in 1294, and completed the walls for protection.

The Royal City of the Kingdom of Sardinia from 1331, still retains the traces of the passage of Aragon and the Spanish. The castle of Sassari, _ the seat of the Spanish Inquisition in Sardinia was demolished in 1877 and now only a few parts remain that still tell a piece of history of the bourgeoisie and of the Aragon presence: the foundations, and two corridors of the old wall that housed the artillery. After being invaded by the French in 1527, Sassari faced several periods of severe social and economic crisis, and was decimated by the plague in 1582. With the Treaty of Utrecht in 1713, it began a brief period of Austrian domination, then the Savoy took their place in 1720. Everything else is part of its cultural renaissance and urban development until the nineteenth century.

The city expanded beyond the walls, partially torn down during a cholera epidemic. Following the example of the capital city, Turin, new districts arose with a new hospital, prison, schools and town squares, and a new Civic Theater. Nearby Porto Torres was restored with the first ferry connections with Genoa and new entrepreneurship grew: it became the second most important city in Italy for the production of leather.

But there is more to Sassari than just its history: it is a city with at least twelve reasons for being so special …

… This is the city where the first university of Sardinia was born and still is the city of the young who can follow studies of excellence in law, agriculture and veterinary medicine.

… Its the city whose symbol is a fountain that is a true masterpiece: the Fountain of Rosello, previously famous as the major well of the area since 1295

… Its the city where the city gathering spot is a large nineteenth-century square, Piazza Italia, where the Palace of the Province and the neo-Gothic Palazzo Giordano overlook the city center

… Its the city where enormous Candlesticks, recognized by the UNESCO World Heritage Site, on August 14 are carried on the shoulders of the devout in a magic dance through the narrow and crowded streets of the city to the Cathedral of the city

… Its the city of politics and where presidents of the Italian Republic were born and raised. Here Enrico Berlinguer, Antonio Segni and Francesco Cossiga were born

… Its the city where you will find the command of the Brigata Sassari, whose origins date back to the First World War, when the Sardinians distinguished themselves in fierce fighting on the front that earned them numerous awards and citations for the first time in the Bulletin of the Supreme Command. Written for Sardinians, the hymn Dimonios (devils) commemorates the valor and courage typical of the islanders

… Its the city with the best fast food: the fainè

… Its the city that has a special prenuragic monument, Mount Accoddi, unique in all the Mediterranean with a pyramidal structure with steps similar to the ziggurat of Mesopotamia

… Its the city in whose territory is located the only natural lake in Sardinia: Lake Baratz

… Its the city in whose territory it is possible to see the Asinara Gulf with the crystal-clear sea of Sardinia and pink flamingos.

The most important monumental buildings are: the St. Nicholas Church, Palazzo Ducale, Palazzo Giordano, Piazza Italia and the Rosello Fountain. The St. Nicholas Church dominates the old town with its impressive, baroque façade containing the statues of martyrs in niches. There is a bell-tower beside the church. Its interior dates back to the XIII Century and is in the gothic style. Its external part was constructed in the XVII Century. Among the numerous works of art, there are also: a marble altar from the middle of the XIX Century, a Madonna del Bosco painting from the XIV Century, a Spanish crucifix from the XVIII Century and the mausoleum of Placido Benedetto di Savoia – Lord of Moriana, brother of Vittorio Emmanuele I and Carlo Felice, who died in Sassari in 1802.

Palazzo Ducale was built at the end of the XVIII and beginning of the XIX Centuries by Antonio Manca, the marquise of Mores and duke of Asinara, most likely according to Carlo Valino’s project. In 1900, the palace was purchased by the municipal administration and nowadays hosts the small town hall.
Palazzo Giordano was constructed in 1878 and is actually the headquarters of the Banco di Napoli. The beautiful rooms were decorated by Gugliemo Bilancioni.

Piazza d’Italia, constructed in 1872, spreads over 1 hectare and is also called “Sassari’s lounge (“il salotto di Sassari”) as it used to be an urban centre where new quarters were developed. There is the Province’s Palace (il Palazzo della Provincia), constructed between 1873 and 1880 and the statue of Vittorio Emanuele II – the work of artist Giuseppe Sartorio (1899).

The Rosello Fountain was constructed by craftsmen in the XVII Century in a time when there was no aqueduct in the most important point of the city. Considering the abundance of water, a wash-house was built beside it. Nowadays, the area is less important and in a valley overlooked by the Rosello Bridge. The fountain is covered with marble, its walls are decorated with 12 lions with water flowing from their mouths. Metaphoric statues of the 4 seasons are in each corner and a statue of St. Gavino on horseback rests on the peak of 2 intertwined arches.

There are very nice churches in the old town – especially St. Mary’s church where “candarieri” are kept (big, wooden machines that are carried during the procession by the historic neighbourhoods’ representatives, the 14th of August every year during the “festa manna”). Another church that is worth a visit is the beautiful cathedral of St. Nicholas recently opened to visitors after a long period of restoration. 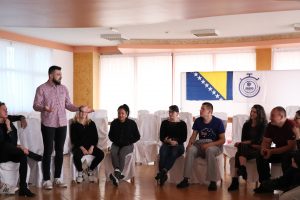 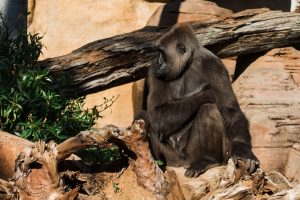 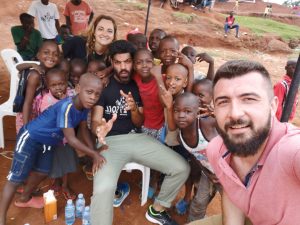